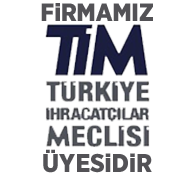 Product Details
Synonyms:           Soda niter,Sodium nitrate for industrial use,cubicniter,Natriumnitrat ,niter ,nitratedesodium , nitratedesodium(french) Nitrate of soda,nitratine,Nitricacid,sodiumsalt ,nitricacidsodiumsalt Sodium nitrate is a white powder or colorless crystal, slightly bitter taste; easily soluble in water, liquid ammonia, slightly soluble in glycerol and ethanol. Sodium nitrate does not detonate. Initiator in industrial explosives: As the price of sodium nitrate is relatively low it is used as an oxidizer in many mining explosives. Slurries in use today are manufactured by the mixing of a solution of oxidizers with another of mono methly amine nitrate (MMAN), and the addition of diverse solids and liquids such as oxidizers, thickeners, gellants etc The solution of oxidizers is made up of water, ammonium nitrate and sodium nitrate, to which thiourea and part of the gums are added, giving a high viscosity in order to retain the gas bubble. The sodium nitrate has the advantage of its large amount of oxygen and also the ability to lower the crystallization point of the saline solution. It generates nearly 56% oxygen by weight. Sodium nitrate can be also be used in order to change the density, chemical gasification/bubbles. Other uses of sodium nitrate include: Documentation :

As an UCN CHEMICAL, We are supplying chemical products with high trained technical stuff , own transport crew and high tech equipments for costumers and suppliers.
About Us